Teaching began for me in 1987, soon after I arrived in Japan. Like many people teaching English in Japan, I began working in one of the many "conversation schools" or eikaiwa that were around at the time. Within about six months, I had switched to a vocational college or senmon gakko, which seemed like a much more serious type of academic establishment. At the end of one year, I was promoted to the exalted rank of supervisor, later re-named co-ordinator, for a contemporary issues course.

To say that labour relations between the teachers and the college management were bad would be an understatement. From 1995-1997 there were a serious of firings (exclusively of union members), resulting in a protracted and painful labour dispute and legal battle. As a result, from that time until our victory in 2002, much of my teaching work was voluntary to union sympathisers and members of other unions who wished to support our cause. This included dustmen (garbage collectors), water workers, railway workers, book store staff, employees at a patent office, and a whole host of others. I also taught at a school for Japanese children returning from overseas.

In 1999, I took my first steps into the world of teaching English at Japanese universities. Between 1999 and 2012, I worked as a part-time teacher of English at eight different Japanese universities. The subjects taught have included oral communication, listening, writing, reading, extensive reading, TOEIC preparation, speech and debate, critical discussion, critical reading, pronunciation, language and culture, technology and presentation skills and something mysteriously titled educational literacy, which I interpreted to mean a course where students learnt how to make educational or instructional materials using computer software.

In 2012, I was appointed to a full-time tenured position, with the rank of associate professor at Chuo University in Tokyo. 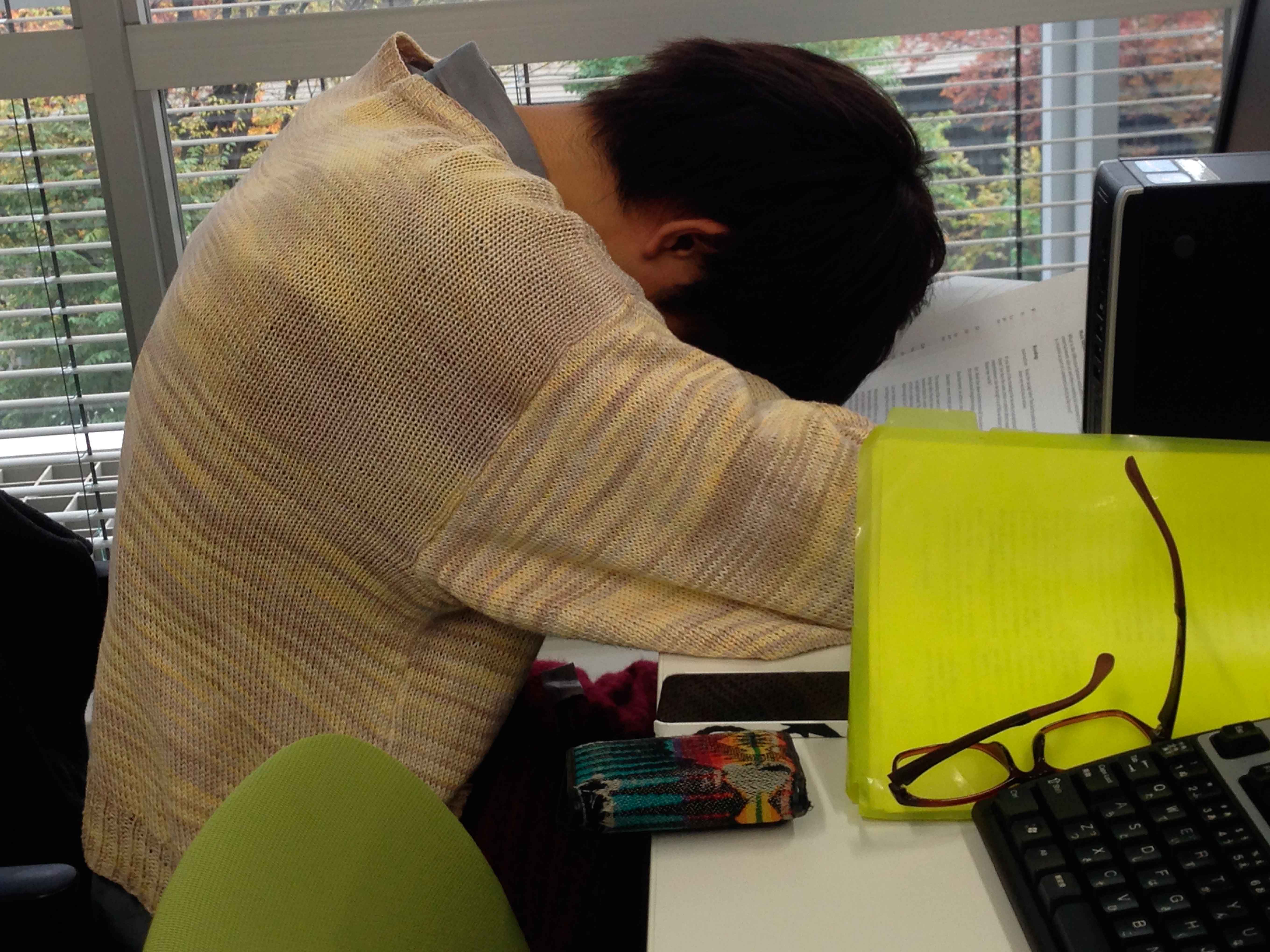 EMCS versus JALS: Early Morning Class Syndrome (above) and Just After Lunch Syndrome (below).